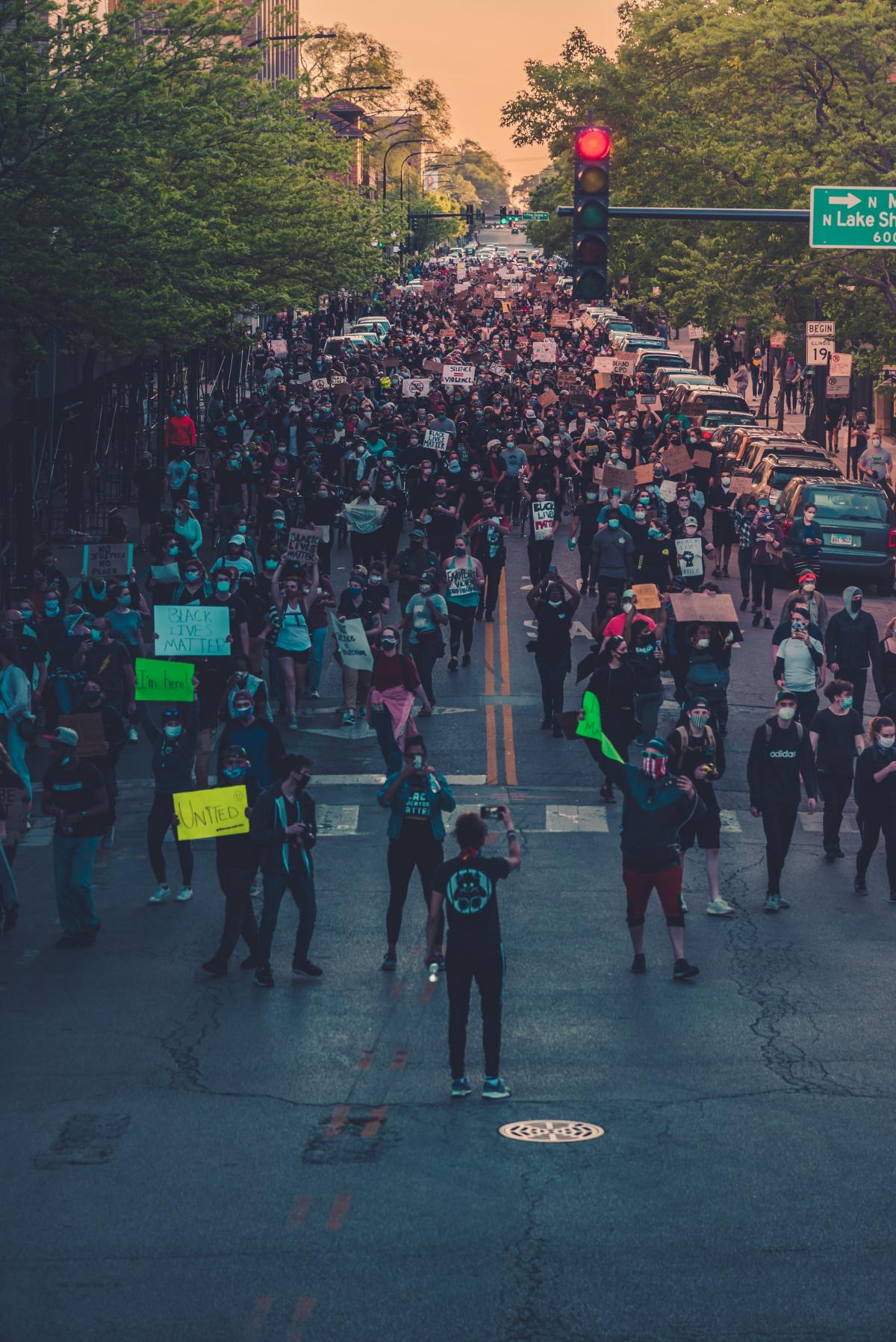 I get that you’re scared.

You’re watching live coverage of your city streets turned into war zones as police resort to military tactics to protect your town.

On May 25, police in Minnesota suspected a 46-year-old Black man of passing a counterfeit $20 bill. From a combination of security camera footage and citizens filming the incident, we see George Floyd was handcuffed and sitting in the backseat of a police vehicle when he was forcefully removed by a police officer and pinned facedown to the ground with an officer’s knee lodged in the back of his neck — a tactic banned by most police departments and only authorized for use in this department if a person is actively resisting arrest.

Floyd was handcuffed and in the police car, before he was dragged out and pinned to the ground by an officer.

We know the police heard him, because we can hear one officer tell Floyd to, “Relax,” and another officer ask, “What do you want?”

Minutes later, with the knee still lodged on his neck and two other officers surrounding him, he dies.

Shortly after midnight on March 13, three non-uniformed police officers in Louisville executed a “no-knock” warrant and raided the apartment of a 26-year-old Black woman because they suspected her boyfriend was storing drugs for a dealer down the street. Asleep at the time, Breonna Taylor and her boyfriend, Kenneth Walker were awakened by the sounds of a battery-ram pounding at their door. Taylor yelled multiple times, “Who is it.” No answer was given. Thinking they were being robbed, Walker — a licensed gun carrier — armed himself and as soon as the door was finally knocked down, Walker fired and hit one of the officers (in plain clothes) in the leg. The officers responded by firing 20 rounds around the apartment, hitting Taylor eight times, instantly killing her.

No drugs were found in the apartment.

A legal system in place to protect law-abiding citizens resulted in the murder of Breonna Taylor.

Think again about the protests, the people vandalizing buildings, the looting and those hating on the President.

Now ask yourself, “Why am I angry?”

Is it that our justice system has allowed people like George Floyd and Breonna Taylor to be unjustly killed?

Or is it the protestors, the vandals, the looters and the Trump haters?

If the answer is the latter, then you should really explore those feelings. You’re valuing property and partisanship over human life.

Your rage is severely misplaced.